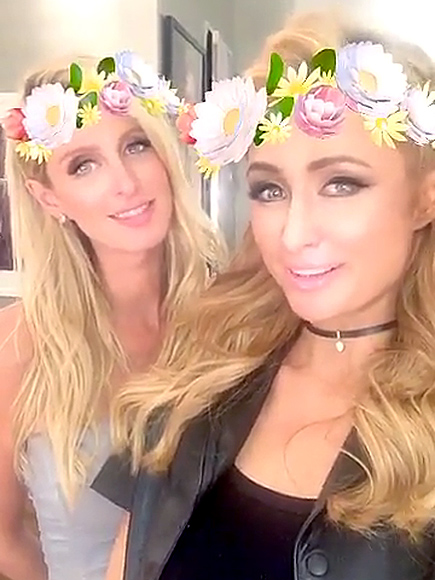 Any Paris Hilton fans who've been following her exclusively through Snapchat were in for a rude awakening this weekend when sister Nicky Rothschild shattered a central illusion:

"Stop with that f---ing voice," she told her sister in Hilton's latest Snapchat story.

Rothschild, 32, was referring to Hilton's breathy whisper, with which she narrates her Snaps – what she called her "Snapchat voice."

Which Hilton then did!

She practiced saying, "Hi, I'm Paris. This is my voice."

The sisters have been spending time together recently as Rothschild prepares for the birth of her first child, with husband James Rothschild. Last week Hilton threw her a baby shower in New York City.
Source : people[dot]com
post from sitemap
Singing With Jennie Lena & Running From Dinosaurs — Check Out Our Week In Snapchats, Twitpics, & Instagrams
Jourdan Dunn & Jasmine Tookes Wow in White at Polo Classic