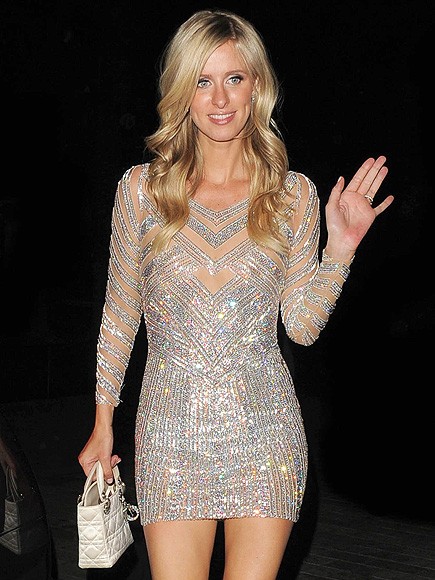 Nicky Hilton and her new husband James Rothschild partied late into the night after their lavish London wedding on Friday.

The couple was photographed returning to their posh hotel, Claridge's, early Saturday morning after their Kensington Palace ceremony and reception.

Hilton, 31, changed out of her long-sleeved, ivory and silver Valentino Haute Couture gown, opting instead for a sparkly, short number for the evening's festivities.

The hotel heiress paired her mesh and sequin dress with sparky Christian Louboutins and a Dior bag, her hair down in loose curls.

The England-based banker appeared to be still donning his tuxedo from the ceremony, albeit a little more disheveled. Rothschild's black bow tie was loose around his neck and his shirt unbuttoned as he re-entered the hotel. 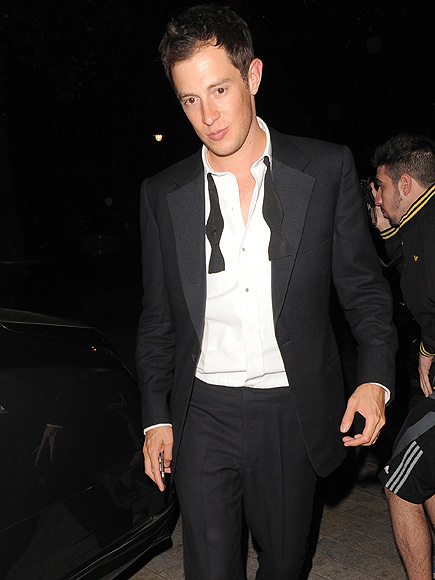 Wang documented the across-the-pond reality TV run-in on Instagram, sharing a photo with Richards and her daughter Farrah at the reception in the palace's Orangery.

"We may be a far ways from Beverly Hills, but we still run this town," she wrote.

We may be a far ways from Beverly Hills, but we still run this town @kylerichards18 @farrahbritt #London #RHOBH #RKOBH