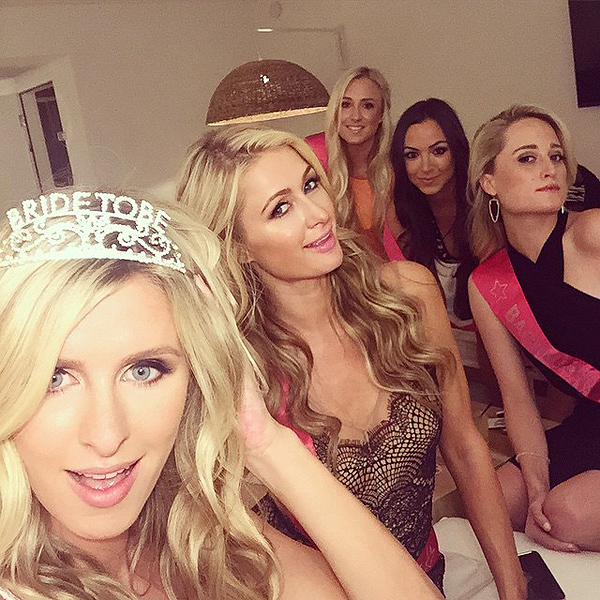 Sporting a sparkling "bride-to-be" crown, Nicky Hilton and her bridesmaids descended on Miami Beach Friday for a bachelorette bash.

Hilton, 31, posted a selfie on Instagram of herself and sister Paris, 34, with friends and captioned it, "Let's do this Miami."

Earlier in the day Hilton posted a photo of herself relaxing by the ocean, calling it the "calm before the storm."

Calm before the storm. Let the bachelorette weekend begin!

The hotel heiress is set to wed banker James Rothschild, who proposed to her last summer while boating on Lake Como in Italy.

A source recently confirmed to PEOPLE that the couple will tie the knot at Kensington Palace in London.

Big sister Paris also posted a few photos from the bachelorette party that show Hilton wearing a white bride-to-be sash while the other girls donned pink sashes that read "bachelorette."

She told PEOPLE her "dream dress is being made in Paris right now."
Source : people[dot]com
post from sitemap
Here Are The Top Moments From Jessa Seewald And Jill Dillard's Interview With Megyn Kelly!
Nicky Hilton Takes on Miami for Bachelorette Party With Paris Hilton: Photos