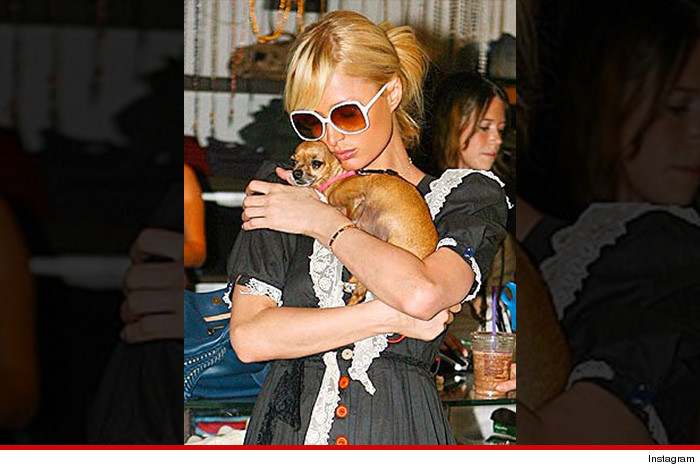 Paris Hilton's beloved pooch has gone to the big Barbie doghouse in the sky -- Tinkerbell passed away at the age of 14 human years ... roughly 72 small dog years.

Paris purchased Tink -- her first dog -- from an online breeding company in 2002. She was reportedly inspired to get the chihuahua after seeing the movie "Legally Blonde."

Tinkerbell's led a charmed, yet difficult life. Growing up in Hilton lap of luxury (and Paris' purse) has sometimes made her a target. In 2004, Tink went missing after burglars hit Paris' home.

Paris offered a $5,000 reward, but 6 days later Tinkerbell mysteriously reappeared. Paris never offered any details of how she got the dog back.

Tinkerbell's also had to fend for Paris' affection ... since mommy now owns nearly 2 dozen other dogs.

Paris announced the loss on Instagram, saying ... "My heart is broken. I am so sad & devastated. I feel like I've lost a member of my family."

She added, "I love you Tinky, you are a Legend & will never be forgotten." #RIP 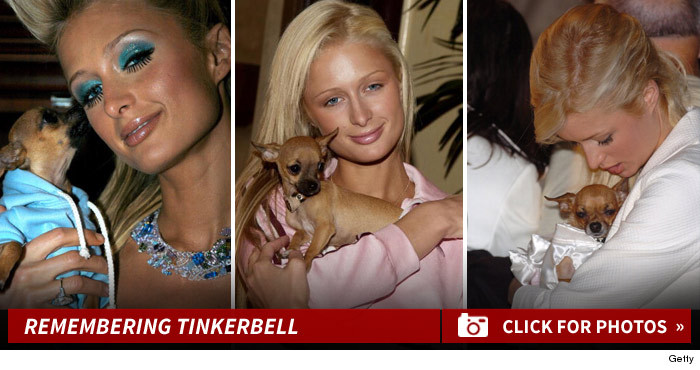