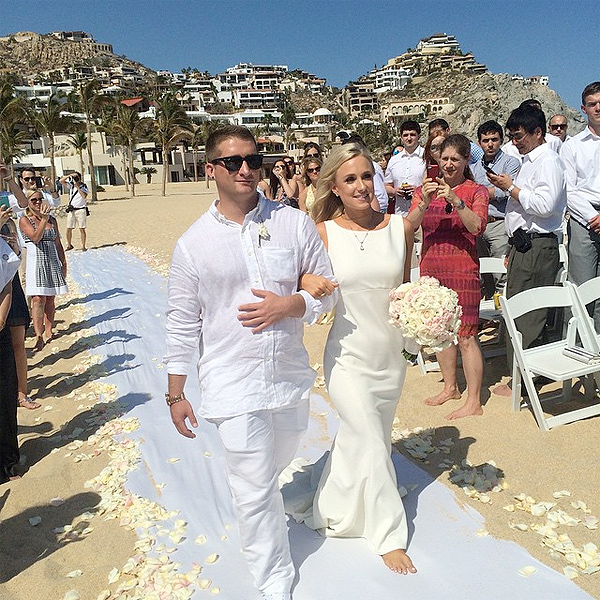 On May 23 at the One & Only Palmilla in Cabo San Lucas, Mexico, Brinson had a wedding celebrating her nuptials to Thayer Wiederhorn, less than 10 months after they tied the knot in California.

Guests included Brinson's cousins, Paris and Nicky Hilston, who both served as bridesmaids. Real Housewives of Beverly Hills star Kim and her sister Kyle Richards also made the trip down to Mexico for the big event.

"It's always been Brooke's dream to get married in Cabo so this second wedding is really important to her," says a source close to the family. And, despite her recent legal troubles and rehab stay, mom Kim " wouldn't miss it."

Richards also gave a sweet speech at the reception, telling Wiederhorn that "nothing feels better in my heart knowing that if my daughter isn't with me, she's with you."

The earlier Bel-Air ceremony, which took place at aunt Kathy Hilton's house, was organized so that Brinson's beloved father, Richards's ailing ex Monty, could walk his daughter down the aisle.