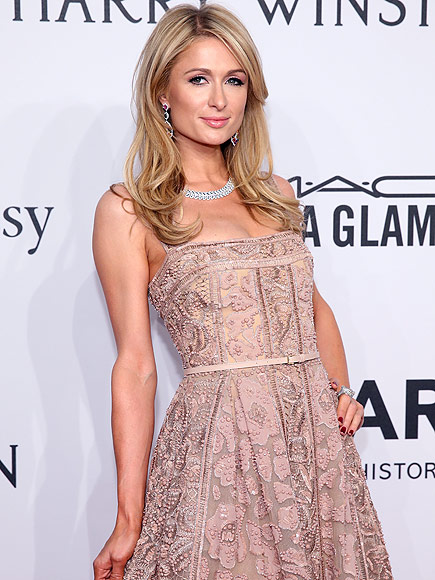 Paris Hilton, who for years epitomized a certain kind of young, fun-seeking, big-partying celebrity, is now well into her mid-30s.

Yes, Hilton turned 35 on Feb. 17, and that means that she's been in the public eye for going on 13 years, at least if you figure she started being a household name when The Simple Life began airing in 2003 BKK ("Before Kim Kardashian"). In recognition of all her time in the spotlight, we're celebrating the heiress's 35th birthday with GIFs representing the various facets of her public persona.

Enjoy them – and happy birthday, Paris.

1. She knows how to relax

2. She knows how to party

3. She has a fearless fashion sense

6. She has quite the resume, honestly

13. She'll even say no emphatically

14. She holds other women to a higher standard

15. She follows her own rules

19. She has a maternal side

20. She has a deeply intellectual side, too

21. She even has a domestic side

22. She's willing to challenge herself with new experiences

23. She has her specialties, however

24. She's sporty – though only fleetingly

25. She doesn't have to be the star; she knows how to be part of an appreciative audience

26. She can give a compliment

27. And she can really compliment the right pair of shoes

29. But she's even better at the dismissive hair flip

31. She knows how to avoid an awkward moment

32. She's willing to respond to criticism

33. She may literally lead a fantasy life

34. She won't apologize for it

35. And she knows how to leave a party