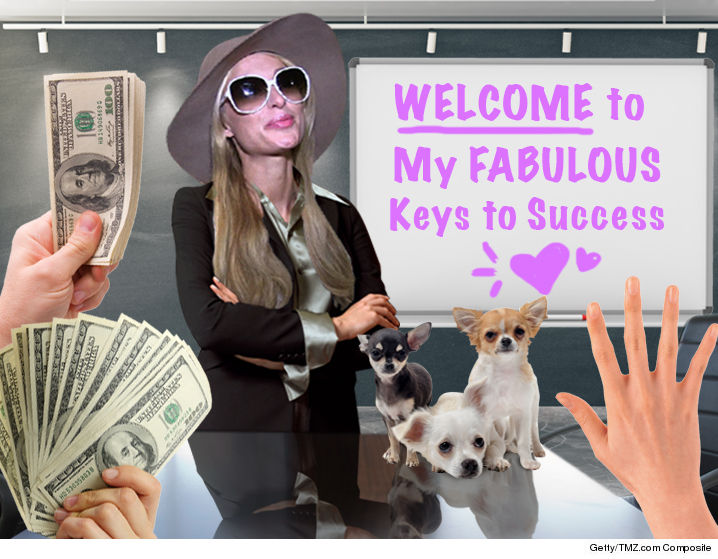 Paris Hilton is a major mogul whose time is worth serious money ... according to a site auctioning off meetings with the most successful, influential and stupid rich business people.

Paris joins the ranks of famous biz giants like Mark Cuban, Russell Simmons, Richard Branson and Steve Ballmer in selling her valuable time through Charitybuzz. Aspiring entrepreneurs can bid on a "power lunch" with Hilton, followed by a design meeting in either NYC or L.A.

While the networking experience with Paris is expected to go for $5k -- and her personal net worth has reportedly topped $100 mil -- she still has some work to do to catch the likes of Cuban. Lunch with Mr. "Shark Tank" is expected to rake in $25k.

Of course, he doesn't have a dog that fits in his pocket. At least, we hope not.