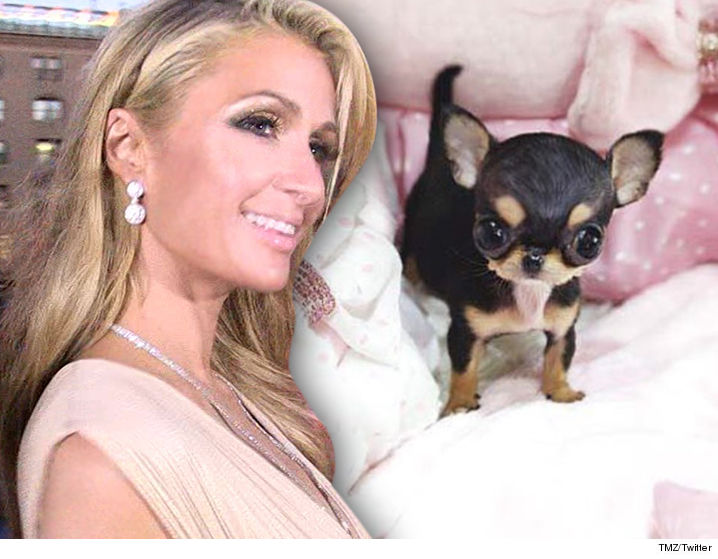 Puppy love ain't cheap for Paris Hilton -- not when she's scooping up 12 ounces of chihuahua for $8k ... very delicately, of course.

TMZ has learned the 4-month-old pup was delivered to Paris in NYC on Monday from a boutique teacup breeder.

We're told the new dog doesn't have a name yet. Paris is asking her followers to decide on social media, although she's partial to London or Ibiza. We're guessing China's off her short list.