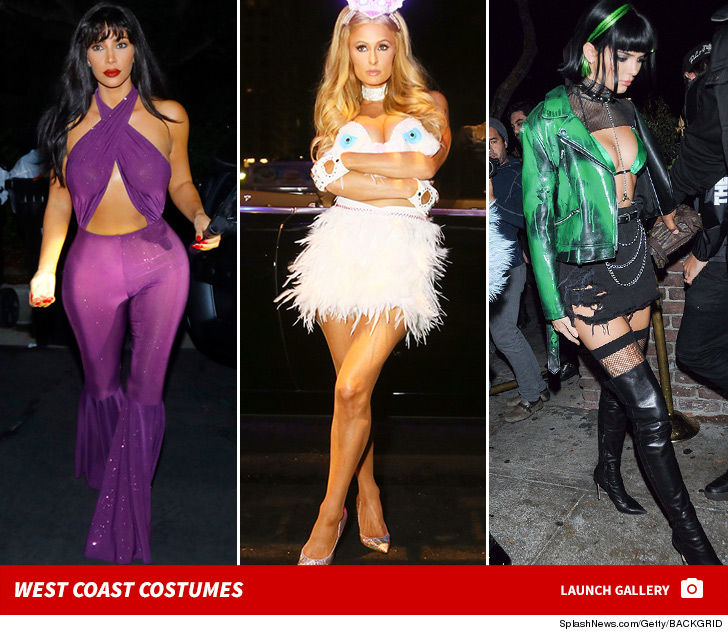 Kim paid homage to the late singer Selena with her famous purple suit while Paris went with an oldie-but-a-goodie bunny costume. And give it up for Kendall ... who nailed the punk rock attire with her own take on a Powerpuff Girl.

There was a little bit of everything on the West Coast -- from Storm Troopers to Bonnie & Clyde.

There was also West Hollywood's insane Carnaval bash, which drew hundreds of thousands in some of the most unique costumes ever. Enjoy! 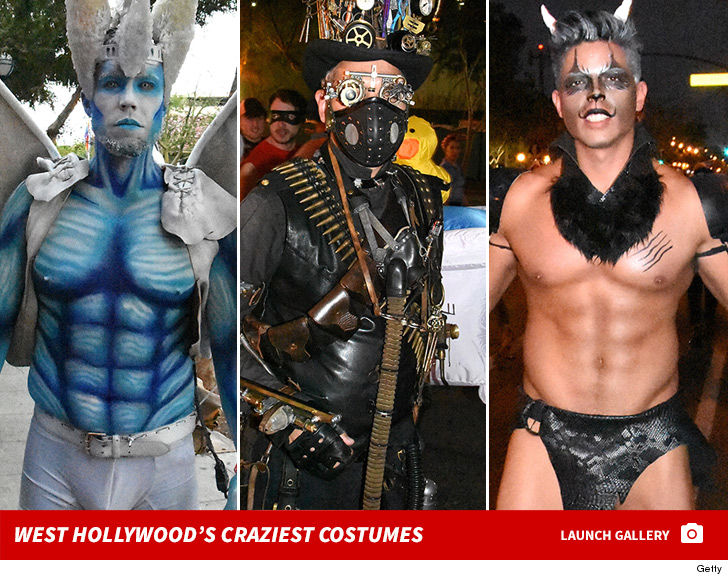