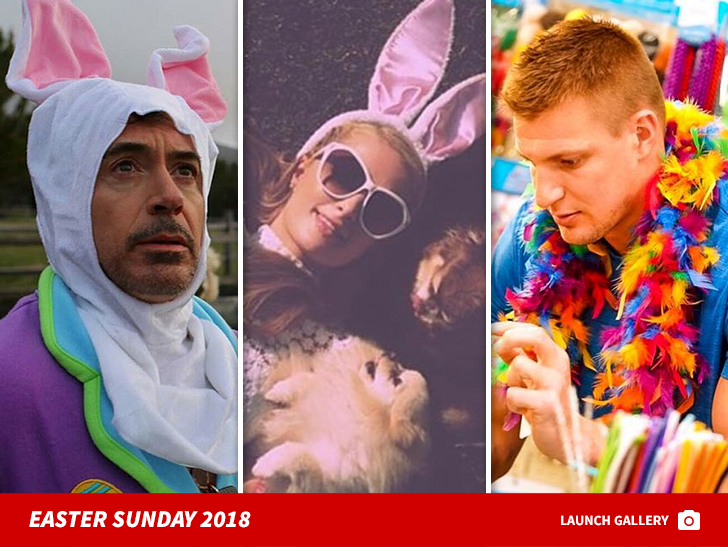 Another year means another Easter ... and another reason for celebs to throw on their bunny ears and take some epic shots for the holiday.

Stars were out in force Sunday posing for the cameras to celebrate Easter weekend, many of them hanging with friends and family ... and others rolling solo. Some A-listers who posted photos of themselves include Robert Downey Jr., Paris Hilton, Rob Grownkowski, Nick Cannon and Mariah Carey, Reese Witherspoon, Madonna, Tyra Banks, Gwyneth Paltrow, and Tom Brady ... just to name a few.

There was also interesting posts from the likes of Aubrey O'Day, Justin Bieber and even photos of President Trump and Melania celebrating Easter at Mar-a-Lago.

A little something for everyone it seems.